About Us - Jet Age Museum, Gloucestershire

The jet engine was designed by British engineering genius Sir Frank Whittle (1907–1996). His son Ian is a patron of Jet Age Museum.

Jet Age Museum opened its doors in August 2013, beginning a new chapter in the Gloucestershire Aviation Collection’s 30 plus year history.

Founded in 1986, by a group keen to preserve Gloucestershire’s aviation history, the Gloucestershire Aviation Collection is a company limited by guarantee and a registered charity with about 500 members.

With intermittent opening to the public in several temporary locations between 1986 and 2013, the organisation persevered, amassing a unique collection of aircraft and artefacts charting the region’s aeronautical heritage.

Fundraising activities reached a target of around £300,000 by early 2013, enabling the build of the first phase of the Museum’s permanent home.

The organisation is, and always has been, staffed entirely by volunteers with around 170 freely giving their time to share a passion for aviation with our visitors or in supporting roles behind the scenes.

To build on the Museum’s initial success the Charity’s Trustees recognised that our facilities need to expand and planning approval has been obtained for our Phase 2 building.

The long-term project is to provide a new engineering workshop, additional archive and display space and a classroom and audio-visual theatre.

Fund raising will continue to help us achieve our aim as soon as possible.

Here are some of our exhibits, but we have many more on display and plenty of knowledgeable volunteers on hand to help you get the best from your visit.

Britain’s first jet, the Gloster E28/39, powered by Whittle’s revolutionary invention, first left the ground on 8 April 1941 at the Gloster factory-airfield between Gloucester and Cheltenham.   Its official first flight was at RAF Cranwell, Lincolnshire, on 15 May 1941.

The original aeroplane is such a huge milestone in aeronautical history that it is now housed by London’s Science Museum. However, Jet Age Museum volunteers have constructed a full-size replica,  which is proudly on display at the Museum. 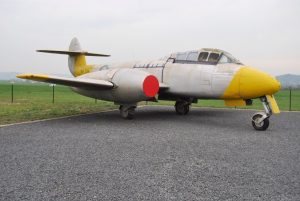 We have a number of Gloster-built aircraft on display, including examples of Britain’s first jet fighter, the Meteor.

Our aircraft exhibits span a wide range of history, from a fully detailed reproduction of a 1925 Gloster Gamecock biplane fighter to the Cold War era Gloster Javelin all-weather fighter. 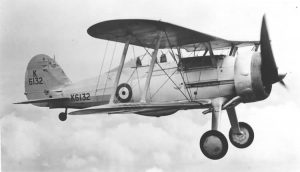 The Museum works hard to acquire and restore aircraft, engines and parts, as well as collecting some wonderful stories along the way.

Our current restoration projects include rebuilding an RAF Gladiator biplane which crashed in Norway in 1940 and a late World War Two Gloster-built Hawker Typhoon.

Other aircraft, engines and exhibits, make interesting viewing in the display hall, while the the museum’s outstanding document and photographic archive, are now housed in a purpose built facility. 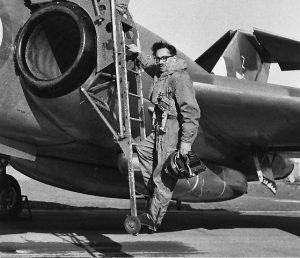 Jet Age Museum’s document and photographic archive houses many treasures. As well as the Russell Adams Collection – a remarkable resource for the study of British aviation developments in the 1950s and early 60s – there are early Gloster and Dowty company documents, factory drawings, unpublished memoirs, the papers of a former chief designer and the log book of a former chief test pilot, together with many more photographs.

Drawing on these archives, the museum’s publications have helped to make the collection accessible to a wider public. 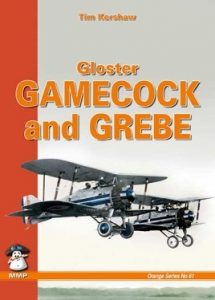 “Gloster Grebe and Gamecock”
by Tim Kershaw with many black and white and colour photographs and with plans and colour artwork by the late Krzysztof W. Wołowski. Published by Stratus for MMP Books. 2011
Price £17.99.

“This book is much more than I expected – it is very well written, very well organized, and very well illustrated.
Highly and unreservedly recommended” – John Ratzenberger, IPMSUSA.org
Available at the museum shop, from booksellers or direct from the publishers at www.mmpbooks.biz

“Jet Pioneers: Gloster and the Birth of the Jet Age”
by Tim Kershaw. Sutton Publishing in association with Jet Age Museum, 2004.